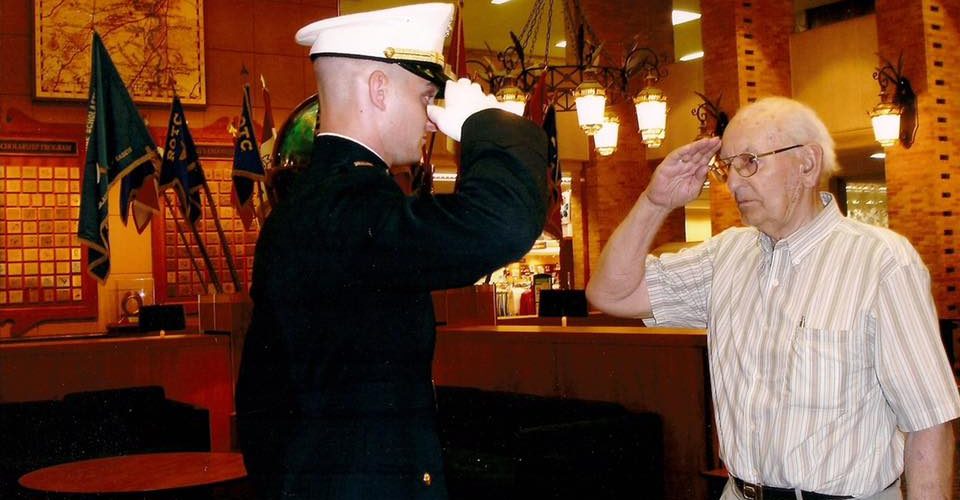 My grandfather, Don Cote, founded Don’s Windmills alongside my grandmother, Opal Cote, in 1968. He was a U.S. Army Air Corps veteran of World War II, coming ashore at Utah Beach on June 6, 1944, and then pushed inland to establish the first Allied air field at St. Mereglise, France. From there he served as an aerial photographer and back-up gunner on bombing missions over France and Germany. Growing up in Maine, his first language was French, which landed him a spot as an interpreter. As such, he was attached to a unit that liberated the Buchenwald Concentration Camp. None of us in the family knew about this until the Holocaust Museum opened in Houston in the early 90’s. At the time, he was very eager to go as soon as it opened, but we didn’t know why. He was not a man who showed emotion easily, as the world had not dealt him an easy hand from his childhood and on. Walking through the museum with him that day, he began to point at the photos from Buchenwald, and tears began to stream down his face. At one point he leaned against one of the displays, and stated that he never thought anyone would believe what he saw there. Years of pent-up emotion and anger came pouring out, and as a young boy I came to understand the toll war takes on the heart of those who experience it.

As Joe Galloway famously states in the beginning of the book “We Were Soldiers Once…And Young” that chronicles the Battle of the Ia Drang Valley in Vietnam:

“We who have seen war, will never stop seeing it.”

For those of the Greatest Generation, many came home and never spoke of it. They were loving fathers and mothers, proud of what they did and proud of this country. They came home and went about doing whatever it took to take care of their families. The example they set for us cannot be overstated.

When our country was attacked at the dawn of this century, I was in my first year of college. After losing a friend in Fallujah, Iraq in 2004, I decided it was time. I’ll never forget sitting down with my grandpa and telling him I was joining the Marine Corps. He said:

“No honey…no. Use your brains; join the Air Force if you’re going to do it,” he said.

“No Pepaw- the Air Force is too smart for me. And I just want to be infantry, nothing else.”

Much to his chagrin, I got my wish. One of my favorite conversations I ever had with him was on the phone in 2008. I called him from Afghanistan and asked him how he was doing.

“Not too good, honey. I tried to fix a windmill over in Friendswood the other day and couldn’t pull myself up on the platform to oil it,” he said.

“Pepaw, how tall was the tower?” I asked.

He was 89 years old on that call. As a testament to his generation, if there was work to be done, then it would get done. Even if you had to climb a 40 foot windmill tower at 89 years old to do it. He passed away in 2009 a few months shy of his 91st birthday. I miss him and my grandmother dearly. Above is a picture of me returning his salute in the flag room of the Memorial Student Center at Texas A&M University the day I received my commission. Hopefully I’ve carried his torch well.

Happy Veteran’s Day to all of our customers and followers. Thank you for your service, and if you took the time to read this, thank you. To all the Marines out there: