From Don's Windmills
to
Windmill Ceiling Fans of Texas 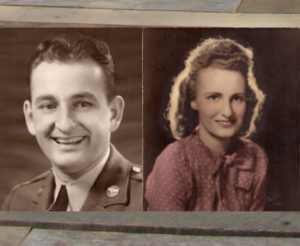 Since the mid-19th century, windmills have been a vital part of the American landscape. They represent an era of hard work, rugged determination, and personal sacrifice. We believe that Americans need to be buying an American-made product that is built to last.

In 1968, my grandparents Don and Opal Cote founded Don’s Windmills. Through thick and thin, the loss of 3 children, and various other hardships,  they stuck by each other’s side as this business was built. By the time she passed away in 1997, their windmills could be found throughout the United States, in the country of Chad on the African continent, Mexico, and Japan. My grandpa climbed his last windmill tower in 2008 at the age of 89, and passed away in 2009 at the age of 90. He was a U.S. Army Air Corps veteran of World War II, and more on his story can be read on our blog.

On the other side of the state of Texas in the small town of Vega along old Route 66, my grandparents on my Dad’s side, James Aubrey & Marie McKendree, were living miles away from town in a small bunkhouse on the ranch.  My grandpa worked as a ranch-hand for the large ranches of the 20’s & 30’s in Oldham County. Trips to town were a rarity, and my grandma made do with whatever they had. My grandpa would have to routinely service the windmills on the ranch, and liked to say that every time you rode up to one to get a drink, the wind would stop blowing. But if you pulled out your Bull Durham to roll a smoke, the wind would kick up every time. He & my grandma were known for their integrity & devotion to family & friends. After working on the ranches, they moved to town, where my grandpa served as a deputy sheriff in Oldham County for many years.

I graduated from Texas A&M University in 2006, and after separating from the Marine Corps in 2010, my family and I stepped into my grandparent’s shoes to run Don’s Windmills. That is how this company was born. Our customers began requesting windmill ceiling fans, so we spent a year and a half designing and testing what would become our tried and true product we offer today. We are proudly patent pending, and will never stop improving in any way we can.

We are still family owned and operated, and will continue to keep the traditional windmill business alive. We are honored you’re here, and look forward to visiting with you! 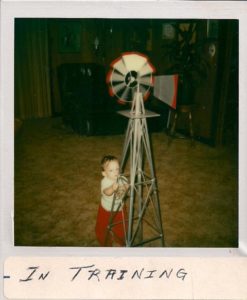 James & Jordan are blessed to be able to work side by side in this business. At the end of 2019, Jordan left M.D. Anderson Cancer Center where she worked for 10 years, leaving her position as an Executive Assistant to oversee our social media marketing and sales. She has an Associates Degree in Psychology. Additionally, she has volunteered for 9 years on the Agricultural Education Committee with the Houston Livestock Show and Rodeo. James graduated from Texas A&M University with a degree in Political Science / Russian Language in 2006, and then served in the U.S. Marine Corps as an infantry officer with 2nd Battalion, 7th Marines. After separating in 2010, he took over Don's Windmills, which is how Windmill Ceiling Fans of Texas was born.

The world would be hard-pressed to find a better example of steadfast devotion between a husband and a wife. Lou grew up in the windmill business, and her joy is her family. She has an extensive background in office management and accounting, as well as property management and small business ownership. Jim grew up in the Texas Panhandle, hailing from the small town of Vega, Texas. Not a stranger to hard work, he was plowing on a combine at age 10, and on horseback well before that. He received a degree in Criminal Justice from Stephen F.  Austin State University, and during that time entered into law enforcement in Nacogdoches, Texas, where he met Lou. Moving to Pearland, they started a business together and ran it side by side for 25 years. They have devoted years to community service, leading Project Graduation, the Pearland Drug Attitude Committee, FFA Booster Club, and many more. In addition, they have volunteered to work with youth in their church during their entire 45 years of marriage.

Mr. Wright has done it all. There is hardly a piece of equipment he doesn't have experience behind the wheel of. He handles the maintenance and grounds-keeping for the business, as well as assisting with the shipping & handling of our fans.  He grew up in New Orleans, and his family has roots in Jackson, Mississippi. He has been with us for 4 years, and has an incredible ability to turn a piece of land into a work of art. We are blessed to have him.